The 2017 Global Entrepreneurship Summit (GES)’s theme “Women First, Prosperity for All” was not isolated, as all year, organizations worked on strategically constructing a better startup ecosystem for women entrepreneurs. In the early weeks of the new year, it seems like a good time to take a look at the progress made in 2017 to ensure inclusive innovation stays on the right track for 2018.

Let’s start off with some great news: the Global Entrepreneurship Monitor have found that “Total Entrepreneurial Activity (TEA) among women increased by 10%, and the gender gap (ratio of women to men participating in entrepreneurship) narrowed by 5%,” in 63 out of 74 economies researched.  This builds on the 10-year trend that has narrowed the global gap between men and women entrepreneurs by 36%.

Furthermore, for all 74 economies examined, women’s TEA rates increased. Also, women participated at equal or higher levels than men in 5 economies, spread over 2 regions: Asia (Indonesia, the Philippines, and Vietnam) and Latin America (Mexico and Brazil). There was also a global increase of 163 million women who created startups and a global total of 111 million women who were maintaining and running an already established business.

Motives are improving too, as overall women are choosing to act on a startup opportunity at one and half times the rate of those born of necessity.

In spite of this progress, the data shows that female entrepreneurs still have some catching up in transitioning startups to mature stages, in specific regions.  In LATAM, “a wide gender gap exists for mature establishments, which contrasts with a relatively narrow gender gap in TEA. The opposite effect may be seen in North America, which reports the narrowest regional gender gap in established business activity, despite showing a wide gap relative to men in TEA rates.”

Female Founders Network’s Singapore Ecosystem reported that just 5% of tech-related startups in Singapore were founded by women, compared to 10% in Silicon Valley, in 2015. Another mention in that report was that their companies with women CEOs received only 3% of VC dollars, despite the fact that women-entrepreneur-led businesses reported higher annual sales than their counterparts led by men.

The Singaporean founder of the chat app Wander, Krystal Choo, discussed with Business Insider how the lack of gender diversity in the ecosystem makes it extremely difficult for women to pitch new ideas, especially if the startup is aimed at a female market, stating:

The reason is a lot of them can’t get it off the ground, or (find it difficult) to pitch to an unfriendly room of aggressive males who will not see the point of the product even though every woman can understand it.

In conclusion, the GEM report offered ideas for 2018 and beyond for scaffolding to support women innovators. First, they recommended a greater presence of women in politics and more policies that incorporate opportunities for equal opportunities, as this has proven to encourage women entrepreneurs. For example, land ownership and access to mentors could be addressed. GEM research identifies only 27% of women in the US and the EU knowing an entrepreneur, and the mere presence of entrepreneurs in a community has been found to stimulate personal connections with those considering startup opportunities.

Then, we need to continue to eliminate cultural and institutional barriers to entrepreneurship, in particular for women. One such idea is to build on the global fact that women have a 5% higher innovation frequency than their male counterparts, which increases to women having 38% greater innovation rates in North America and 18% more in sub-Saharan Africa. Steve Jobs may have said it best: “Innovation distinguishes between a leader and a follower.” 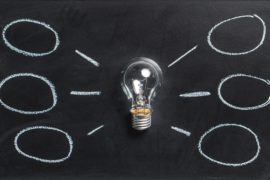